When I told my mother we were adopting a baby from China, she said, “Honey, are you sure? People say such mean things.”

Not that I thought she was wrong, but I had no idea what Maggie would face in Whiteville–two white parents with white friends and relatives, living in white neighborhoods, attending mostly white schools.

Still, the outlandishly racist remarks from relatives shocked me.

An art teacher said Maggie wasn’t allowed to use the pale flesh crayon, even though she and her Asian doll had the same light skin.

A homeroom teacher told Maggie that Asians had “inexpressive faces.”

A DMV clerk looked at Maggie’s face, not her passport, and asked, “Are you a citizen?”

A grocery store clerk thought Maggie was stealing from my shopping cart.

A writing center college assistant immediately asked, “How good is your English?”

People of color face all kinds of overt racism, but there is another type that seems harmless because it’s masked as curiosity, but its effects are equally damaging.

It refers to remarks, intentional or unintentional, that are rude, critical, demeaning and based on spotlighting a person’s racial or ethnic minority status. You might not know you’re doing it. It was a long time before I understood why she’d tense up, stand closer to me, grow silent, or seethe.

Once it had a label, my uncomfortable experiences beside her, moments that were skewed in a way I couldn’t comprehend, came clear.

Your English is so good.

No, I mean where are you REALLY from?

Can Asians tell each other apart?

Do you play the violin?

Is rice your favorite food?

Are you majoring in math?

Such remarks underscore that as an Asian, she is The Other–eroding her confidence, ignoring her intelligence, and questioning her validity in Whiteville.

Her experience forced me to accept white privilege. I never have to explain if I’m British White or German White. No one doubts my ability to speak English. No one asks about my “real” parents.

Maggie says it’s up to me to address microaggression. A white person is called to educate another white person. People of color shouldn’t be expected to explain their own trauma. Challenging the status quo has never made me popular. Despite the difficulty, I try whenever I can to point out systematic racial oppression.

Some recognize their misguided assumptions about racial identity.

Some defend their motives.

Some change the subject.

Thinking beyond long-held beliefs is tough.

When I taught English, we read a poem about a cloud. The class called it weird. I climbed up on a chair. “Imagine the cloud’s point of view. See trees as fluffy dots. See houses as roof lines. See people as moving specks, not by genders or colors. Pretend a cloud wrote this.” 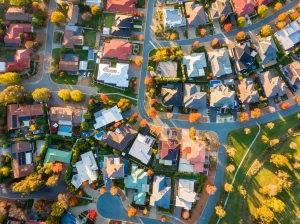 As they re-read in silence, some looked up and smiled. They got it. They saw the power in a different point of view.

If you’re white, a flashing police light behind you doesn’t signal danger or death.

If you’re white, you’re unlikely to be followed by a clerk who assumes you’re stealing.

If you’re white, someone won’t ask about your eyes or hair.

Students said I was a tough teacher. They’d admit it wasn’t about grades. It was how I’d push them to think beyond their assumptions. I’d say, “The point of education is to become more than you are, more than you think you can be. Thinking equals learning.”

Question your assumptions about race. Not saying the wrong thing is a start, but take responsibility for doing the right thing. If you look at my daughter and only see China, you render her invisible. She is far more than almond eyes.

Think beyond your Whiteville city limits.

Pretend you’re in my English class.

15 thoughts on “A Cloud Above Whiteville”

And above all, watch with glittering eyes the whole world around you because the greatest secrets are always hidden in the most unlikely places. Those who don’t believe in magic will never find it.